The Ludwigshafen-based software company Fasihi GmbH can be pleased about an outstanding success. The company was honoured with the „Großen Preis des Mittelstandes“ by the Oskar-Patzelt-Stiftung (foundation). Company founder and chief executive Saeid Fasihi received the special award "Premier-Finalist" at a gala event in Dresden. Thus, Fasihi GmbH is one of the ten best medium-sized businesses in Germany in this competition.

Saeid Fasihi was thrilled to accept the award: "After winning the Rhineland-Palatinate Innovation Award in 2011 and the Rhineland-Palatinate ‘Großen Preis des Mittelstandes’ in 2014, we have once again received an award which confirms our work and also honours our responsibility for society. Last but not least, we owe this great success to our competent and committed staff.“

The initiator and founder of the Oskar Patzelt Foundation, board member Dr. Helfried Schmidt, emphasized that all entrepreneurs should receive applause and encouragement every day because they have a rare gift of organizing work in a way that employment is created for third parties without first asking for money from the state. And in doing so, they generate so much that the state also receives its share through taxes and duties, and this to an increasing extent.

„That is why we dedicate this evening to you, dear entrepreneurs. Actually, each of you deserves such an award. Especially during the current Corona crisis, it is important not to forget the mutual esteem and motivation for those who secure jobs and training, taxes and duties, and their regions day by day,“ according to Schmidt.

For  Fasihi GmbH, „Premier Finalist“ represents the highest level possible to achieve in this year’s competition. Nationwide, 4,674 small and medium-sized enterprises, as well as business-friendly municipalities and banks, had been nominated by more than 1,400 institutions. This year the competition was held for the 28th time. 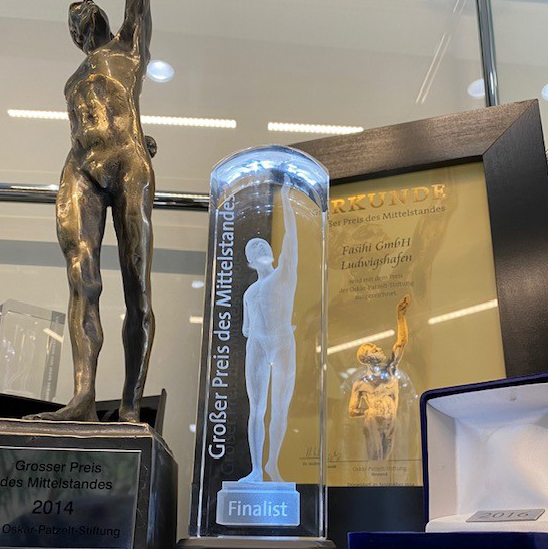 The competition has taken place annually since 1994. Since then, 20,000 medium-sized companies have been nominated and the best among them have been awarded the “Oscar for the Mittelstand”. Nomination criteria for the “Großen Preis des Deutschen Mittelstandes” are the overall development of the company, the creation and securing of jobs and apprenticeship places. Further criteria are their strategic orientation in terms of modernization and innovation, their commitment to the region as well as their service, customer proximity and marketing. Excellent performance is required in all five criteria. 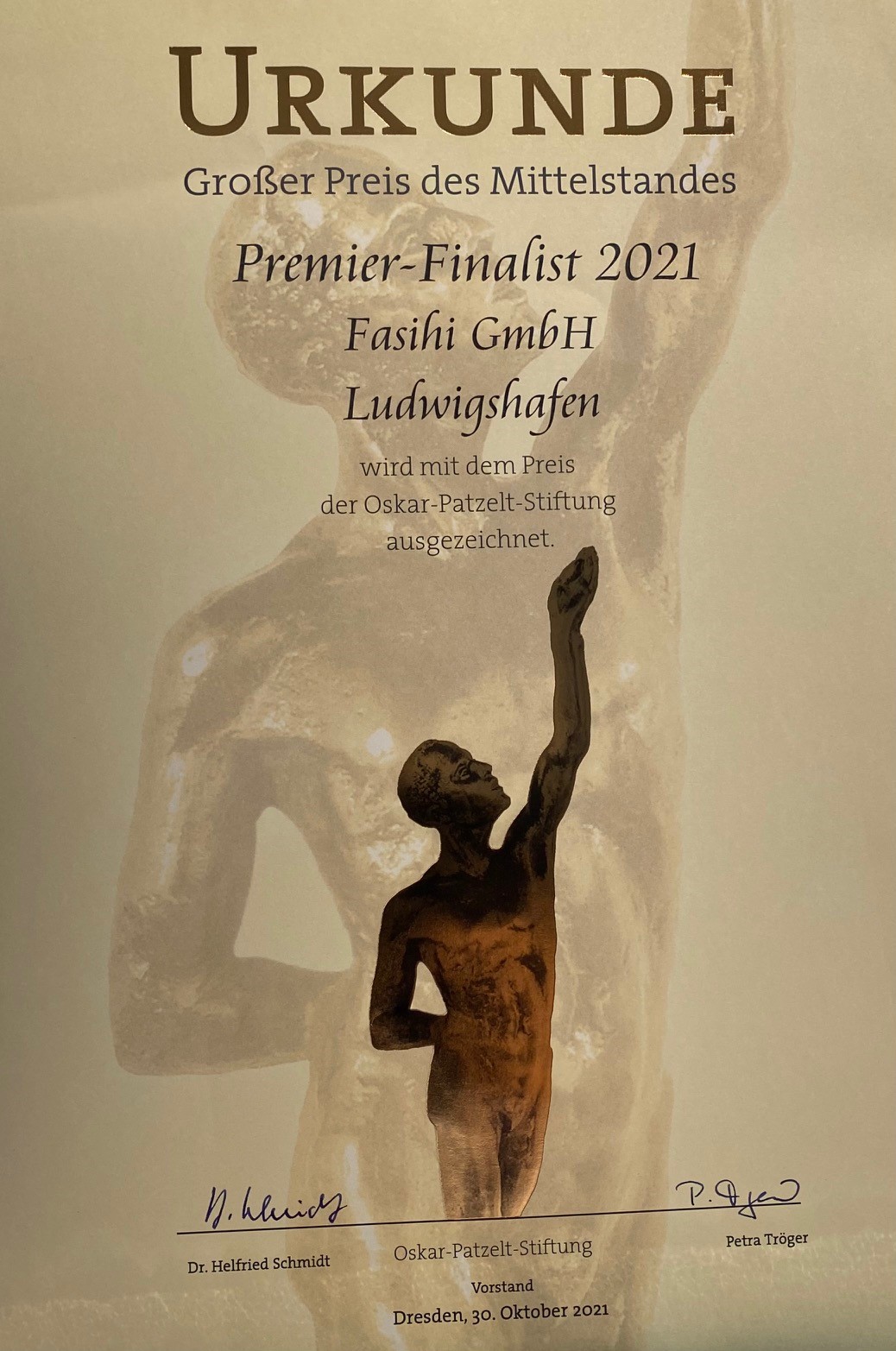 According to information by the organizer of the competition, they only nominate companies which steer their course with strong values, a clear strategy and a high degree of flexibility. Several of these companies have gathered experience in overcoming crises and structural upheaval from generation to generation. And they have done this with innovative power. These are companies that care about people and stabilize their regions every day.

The purpose of the award is to contribute to the improvement of the public image of medium-sized companies. Moreover, its objective is to raise public awareness for the correlation between “healthy SMEs – a strong economy – more jobs” and to popularize examples of success and networking among the Mittelstand.